This sculpture is one-and-quarter life-size tall and will be set on site in Woking.

Pleased to announce that the site is almost completed in the area where Dame Ethel Smyth will stand in Woking, at Dukes Court.

The unveiling is now planned for late January and invitations will be going out the first week of January – but crowds are invited to watch at the event.

Also very excited to announce that in May 2022 the Glyndebourne season will open with ‘The Wreckers’ an opera by Dame Ethel Smyth.

In January 2019 I was asked to present a proposal for a statue of Dame Ethel Smyth, composer, writer, sportsperson and prominent suffragette. Ethel lived in Woking a great deal of her life, from 1910 until her death aged 86, in 1944.

What an extraordinary, inspiring woman. What an exciting life. What energy.

Helped by two well-known historians, I found out as much as I could about this remarkable woman who was the first woman to have an opera performed at the Met in New York, enjoyed significant success in a male-dominated profession, wrote 6 operas and many other works, including ‘The March of the Women’ for the Suffragettes. In the First World War she trained as a radiographer and was stationed with the 13th Division of the French Army in Vichy.

I felt I had to depict Dame Ethel Smyth in action. She stands, wearing her usual tweed skirt, enthusiastically conducting passers-by with her over-sized baton, her jacket half open, her arms beating out the time and her eyes full of concentration as she battles with her hearing loss, which went completely in her late 50’s. In her pocket is a sheaf of paper, perhaps notes for a new book as she had 10 published as well as sketches and polemical essays. 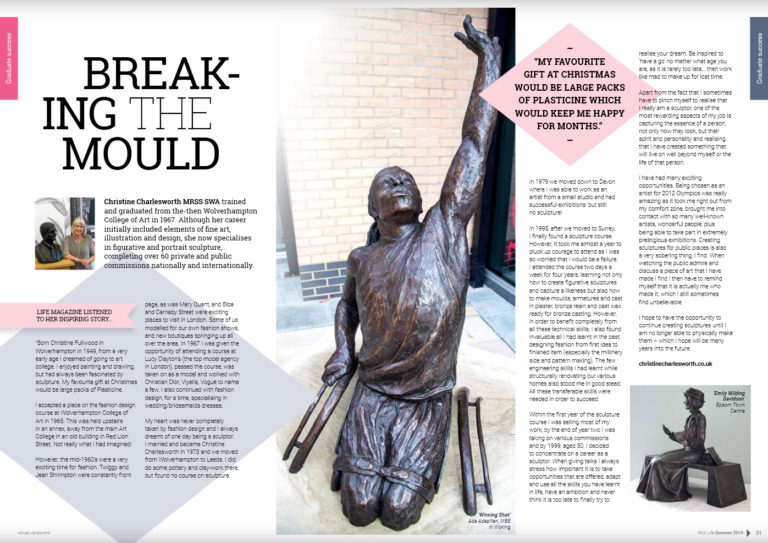 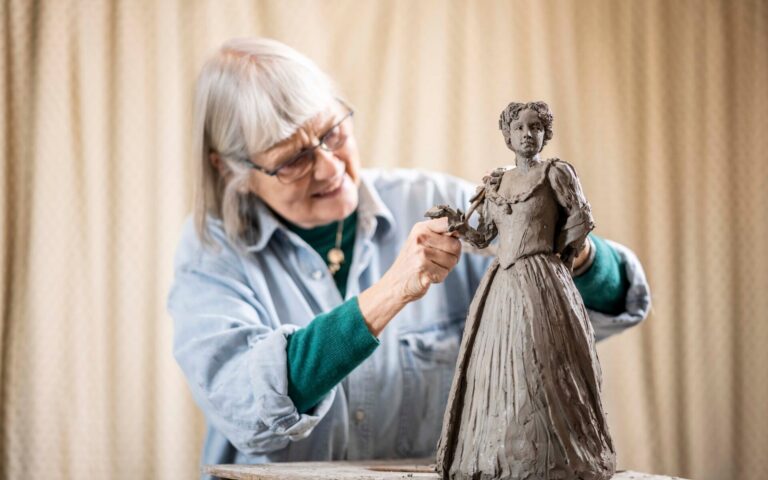 Christine spent two hours with a photographer from The Telegraph, in her studio with the maquette of Aphra Behn.

Christine was recently interviewed by Lucy Branch, a sculptural conservator and author for her podcast. 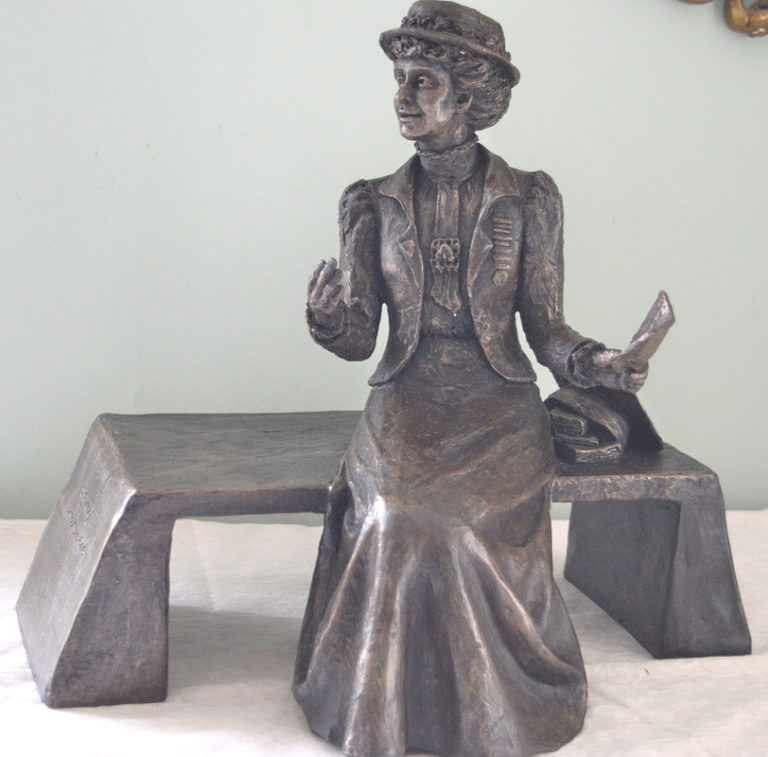 For the centre of Epsom 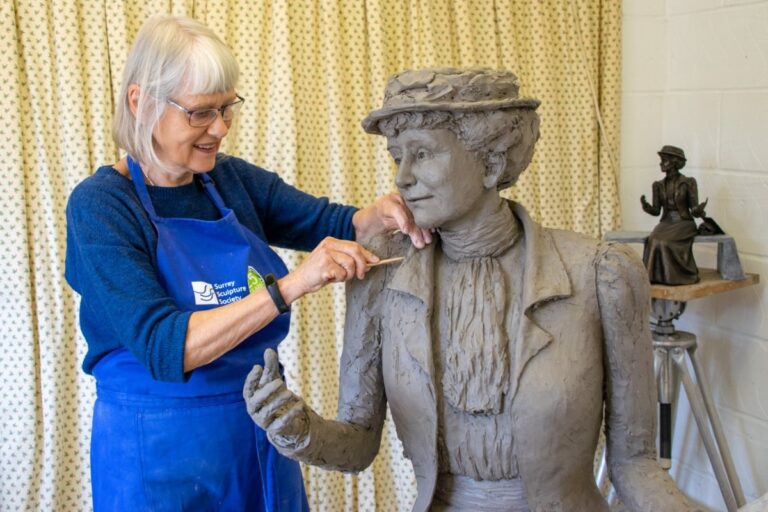 Christine talks about her commission to celebrate the life of suffragette Emily Wilding Davison.