For the centre of Epsom

I am very excited to have been chosen as the artist for this commission. Emily was such a well-known, brave, suffragette with a strong personality. She had two University degrees (not awarded as she was a woman), had been force-fed 47 times and imprisoned 7 times.  Through her brave actions in prison, force-feeding of women was stopped.  She hid in a cupboard in the Houses of Parliament on census day so that she could use that as her address, which took a great deal of courage. Finally, her plan of attaching a suffragette banner onto the horse, in front of the three newsreel cameras filming the race was tragically thwarted when the King’s Horse reared up and caught the back of her head with his hoof, knocking her out and seriously injuring her. She died in Epsom Hospital three days later.

I have created a quarter life-size maquette of the proposed sculpture.  The finished sculpture of Emily will be life size, sitting on a pale granite bench in the centre of Epsom. On the bench beside her will be some of her favourite books together with the mortar board she always wore when marching. In her hand she will be holding a census form and she will be wearing her Holloway Prison Badge, her Suffragette badge and her hunger strike medal, with 7 bands.  Most photos taken of Emily show her unsmiling.  This was because she had lost a number of teeth in prison when being force fed , which also paralysed part of her face.  However, I have found out that she was a very well-loved person with a great sense of humour, very talkative and fun-loving as well as being extremely dedicated to the suffragette cause.  I will depict her as someone that people will want to get to know as they sit beside her on the bench. 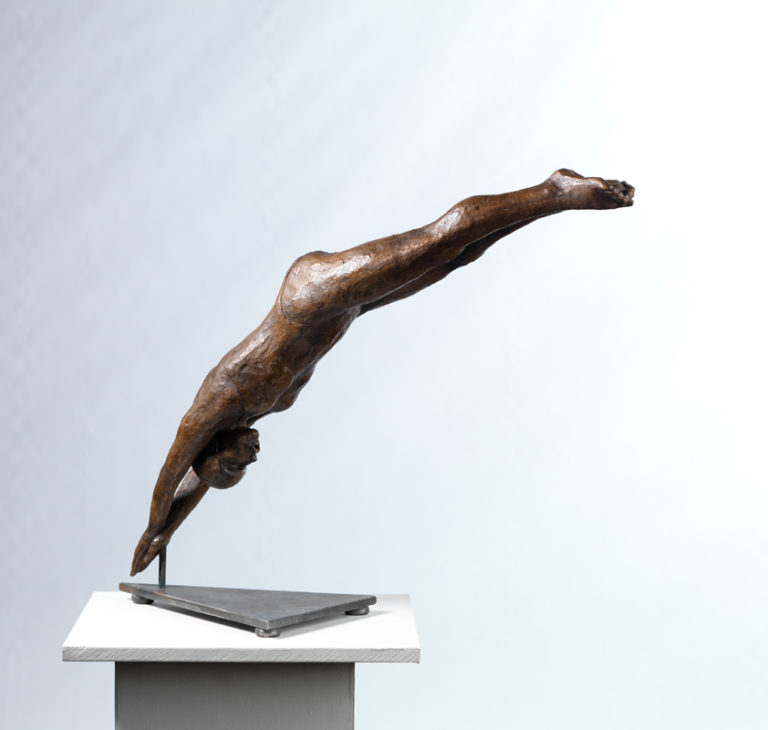 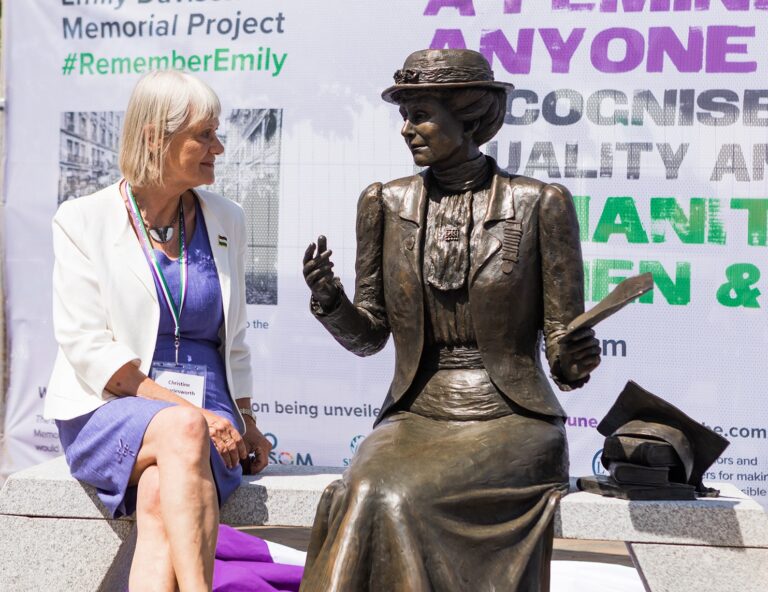 Life sized sculpture of writer, activist and suffragette unveiled in the centre of Epsom. 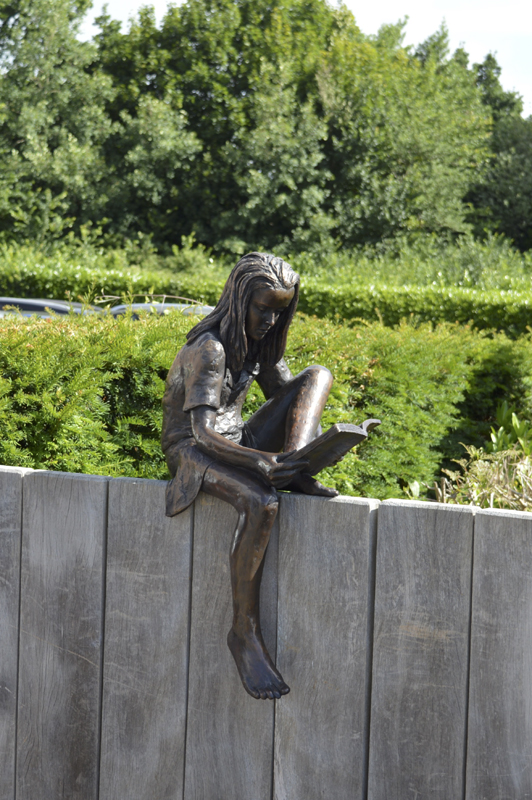 Figure of Ranelagh schoolgirl in uniform 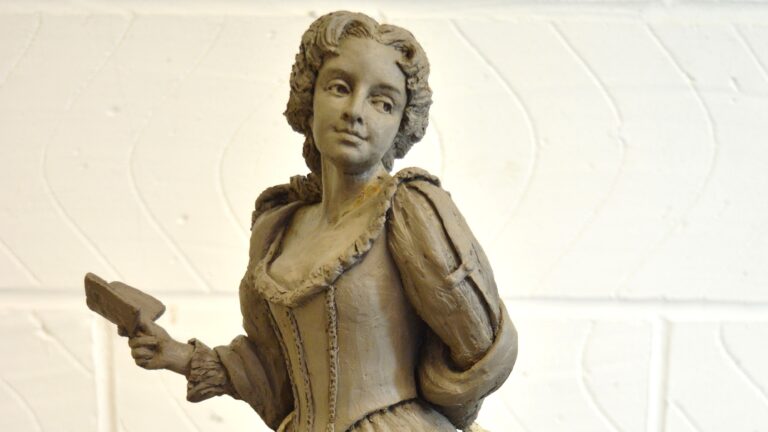 Christine’s shortlisted design is ready to be cast in bronze. 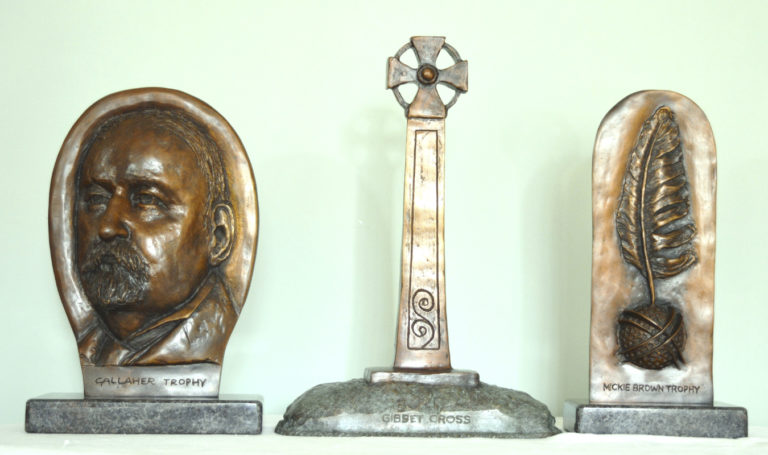